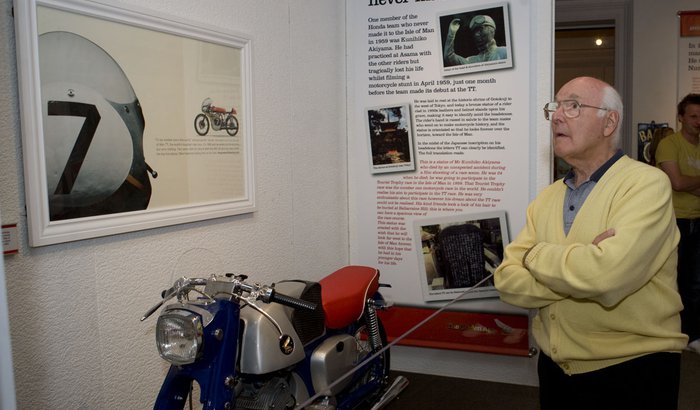 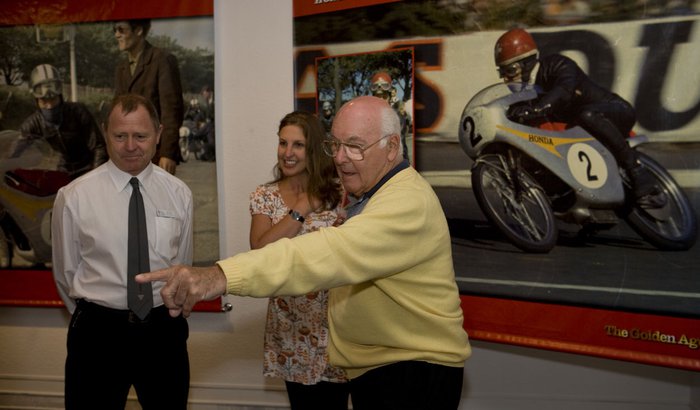 Manx National Heritage is saddened to hear of the passing at the weekend of motorsport legend Murray Walker OBE.

The Isle of Man held a special place in Murray’s heart. As a small boy he visited many times with his father, who was a noted TT competitor. In the early 1960s Murray and his father formed a double act commentating on the TT races for the BBC and others, before he found worldwide fame as a Formula 1 exponent. The TT however was still Murray’s first love, and he returned many times as a fan, trying (usually unsuccessfully) to keep a low profile.

“In 2009 Murray paid MNH a great honour by visiting our exhibition ‘Honda: The Golden Age’ at the Manx Museum. Before long he was besieged by fans and autograph hunters, so we reopened the museum that evening to allow him a private view, enjoying the exhibits without interruption. He was particularly taken by a Honda ridden by Mike Hailwood in a TT race that he had commentated on”.

Murray may be gone, but his place in TT history is assured.