Manx National Heritage, the organisation responsible for protecting and promoting the Isle of Man’s heritage and culture, is refurbishing parts of the Nautical Museum in Castletown.

Until recently, the museum which opened in 1951 was home to the ‘Peggy’, the oldest schooner in the world. Built in 1791, the boat was rediscovered in the 1930’s entombed in her original boat cellar, where she had lain for over a century since the death of her inventive owner George Quayle.  His marvellous and eccentric boat house still poses many questions to architectural historians regarding Quayle’s methods and intentions.

The boat was recently transported to a workshop where she will undergo a comprehensive research, assessment and conservation programme lasting several years. The Nautical Museum will remain open without the Peggy and will feature a dedicated Quayle Gallery which will tell the personal story and history of George Quayle and his family including a scale model of the ‘Peggy’ herself, made by Mr John Gawne of Fistard in 1949.

A remarkably comprehensive Quayle family archive has survived, documenting the construction of the vessel and its boathouse. It offers fascinating insights into the life of George Quayle, who was at various times an MHK, a banker, a soldier and, it is alleged, a smuggler.

Manx National Heritage has reproduced some of the more significant documents in two leather bound volumes, which are styled on a 1780’s prayer book from the nearby Bridge House, the Quayle family residence, which will form part of the new display.  It will feature George’s handwritten account of his perilous voyage across the Irish Sea from Cumberland to Castletown in 1796, during which his comrade Captain Bacon was reduced to bailing out his own boat with his wig box.

Recent archaeological investigation and archival research of the building has established that the site was home to possibly the earliest slipway in the British Isles, and that Quayle subsequently replaced this with a unique private dock, which may have functioned as a sea lock. An excavation of the dock in 2014 revealed a number of finds which will form part of the new gallery including a leather pistol holster, a flintlock pistol mechanism, some coconut shell drinking cups and what is believed to be an eighteenth century microscope.

As well as the new display and artefacts, the museum will also feature an interactive area designed to appeal to families, including the opportunity to try on Georgian style fashions.  Visitors will be able to promenade in a polonaise or parade as a Captain of the Manx Fencibles, while learning about the Quayle story. A set of 18th Century costumes have been tailored by local costumier Penny Nuttall for the enjoyment of visitors of all ages. Visitors will also be able to experience the toys enjoyed in a wealthy Georgian household, sort their jib from their mainsail and learn about the lady behind the ‘Peggy’ in a time of ingenuity and intrigue.

As well as the new gallery, work is also being undertaken to upgrade parts of the building including new outer timber barn doors for the new shop front and a large glazed timber framed screen of the boat cellar itself, providing views onto Quayle’s dock.  Recently the Manx National Heritage team removed accumulated layers of white wash on the front of the building, which had been subject to weathering and was flaking off, which revealed the original door frame and lintel of the 18th century building.

“The refresh and review of the Nautical Museum, which is being informed and guided by a comprehensive conservation management plan, is giving us the chance to study in detail and try to understand and interpret how this complex structure was built and functioned.”

“We feel that it is important to keep this landmark site open in Castletown while we repair and conserve the Peggy before returning her to her rightful place and in doing that we intend to develop interesting content to allow visitors to explore the remarkable story of the building and the Quayle family which represents an integral strand of the history of Castletown itself.”

The Nautical Museum is scheduled to reopen on Saturday 4th July. 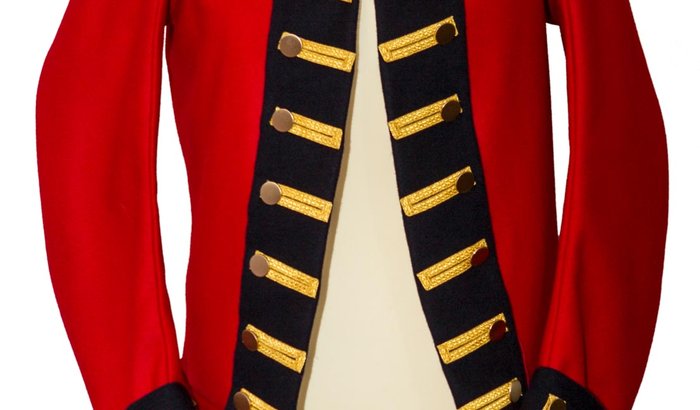 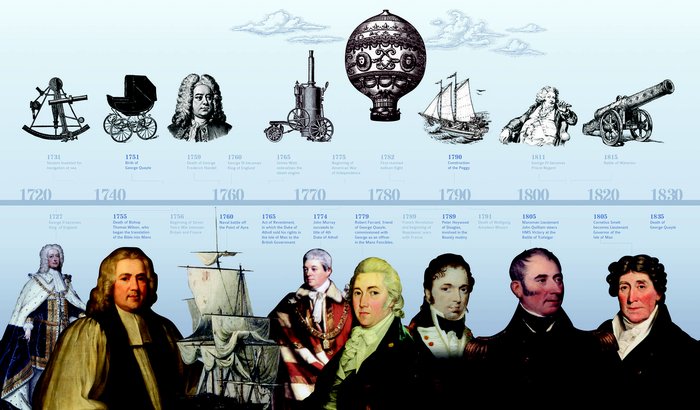 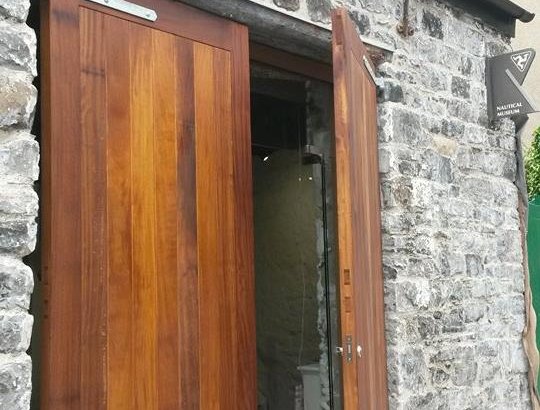