A new gallery at the Manx Museum in Douglas is set to inspire nostalgic recollections of the Island’s seaside holiday boom. The newly displayed Exploratorium gallery, which opens this Saturday, features items and themes associated with entertainment and amusement during the peak tourism period of the early 20th century.

Included in the items on display are tourism promotion posters and leaflets, costumes, games, a Punch and Judy puppet theatre, as well as photographic representation of the Palace Ballroom complete with disco glitter ball as a nod to the Palace Lido.

The display also includes a seaside tent while interactive activities include deciding which saucy seaside postcards to censor, a dressing up box of holiday attires from the era, and a selection of puppets to put on your own show. Visitors are also encouraged to ‘tickle the ivories’ on the piano and put on their own entertainment.

The Manx Museum Exploratorium concept was developed in February 2014 to coincide with the First World War ‘This Terrible Ordeal’ exhibition.  The idea behind the gallery is to create an interactive space for all ages featuring items and exhibits linked to the adjacent gallery.

In this instance the activities are themed around paintings by John Miller Nicholson, and the Exploratorium seeks to bring the paintings to life for visitors. Nicholson’s work included scenes celebrating the Manx tourist heyday and in particular the entertainment on offer to the holiday maker. These paintings will feature in the re-opening of the National Art Gallery on 23rd May, replacing the First World War exhibition that closed in early April.

“The Exploratorium concept was created to extend and bring to life a central theme within the art gallery displays. It also shows that it’s possible to have fun in a museum as well as presenting an opportunity to learn through play which is a strong education tool.  We want to engage people of all ages, particularly children and help them develop an enthusiasm for and understanding of a period in the Island’s recent history. We also hope that the display will bring back happy memories for an older generation.” 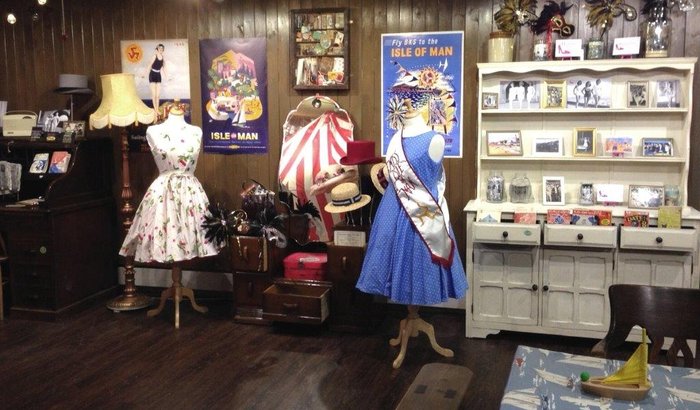