Dr Andrew Kelsey, a retired GP and former Association Specialist in Anaesthetics at Ramey Cottage Hospital will discuss the treatments of wounds and the enormous advances in medical knowledge in the First World War in a free public lecture entitled Battlefield Medicine at the Manx Museum on Saturday 15 November at 2pm.

The mechanisms and horror of modern warfare, the development of surgical techniques and the fate of disabled soldiers in post war Britain will be explored.

Dr Kelsey, who has a special interest in First World War medicine, has been invited back to the Museum after his very popular ‘show and tell’ session at the Museum earlier this year.  Dr Kelsey explains more;

‘It’s a paradox of war that medical advances happen much faster than at any other time. In the space of four years medical treatment was transformed. At the beginning of the war there were 7,000 hospital beds in the UK, but by 1918 there were 360,000. The British Expeditionary Force in 1914 had 140,000 men, but by 1918 the Royal Army Medical Corp alone was bigger than this number.

It was trench warfare - trenches were wet, damp conditions that brought infection and illness. People were wounded by high velocity bullets, shells and for the first time people had shell-shock. This was at a time before the invention of antibiotics, but the prognosis for recovery from wounds improved as medical knowledge increased during the course of the war.’

The lecture is hosted at the Manx Museum on Saturday 15 November at 2pm. Entry is free but places are limited, please reserve or collect a ticket in advance from the Manx Museum Gallery Shop to secure your place. Donations welcome to the Royal British Legion Poppy Appeal. The event is not recommended for children under 8 or anyone who might be upset by medical images. 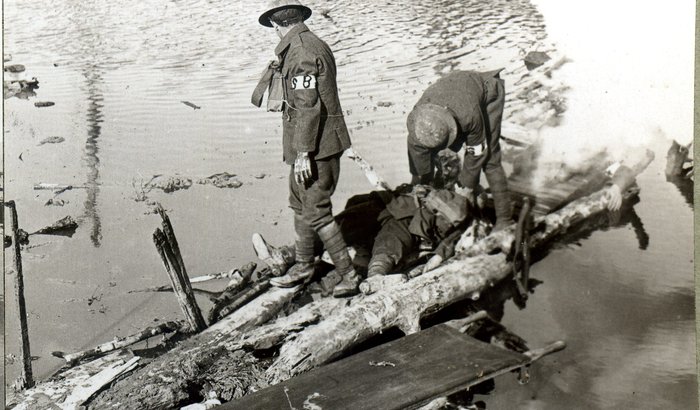