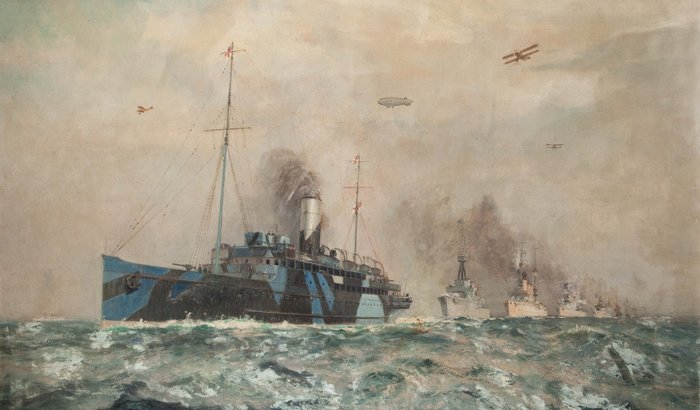 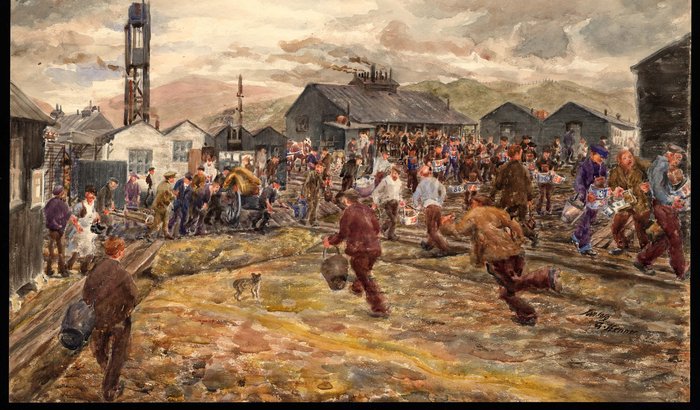 On Saturday 8 February 2014, Manx National Heritage opens its new exhibition, ‘This Terrible Ordeal’, at the Manx Museum in Douglas. The exhibition marks the 100th anniversary of the outbreak of the First World War in 1914, and looks at the varied experience of people on the Isle of Man during the conflict.

The accounts of soldiers on the battlefields in this first industrialised war form a significant part of the exhibition, but the First World War was a total conflict in which the fighting spread to the seas and oceans of the world, as well as affecting the lives of those on the home front.  Large sections of the exhibition are devoted to maritime and civilian experiences, as well as the impact of the internment of enemy aliens upon Manx life.

As far as possible, the participants in this terrible conflict describe their experiences and their reactions to it in their own words. The exhibition also features a number of unique and important objects, many of which have never been on public display before.

Perhaps the most poignant of these is the original wooden cross which marked the grave of a Manx soldier on the Ypres battlefield in 1917. Another intensely personal item is the lock of his daughter’s hair carried in the wallet of another Manx soldier in the battles of the Western Front. On show is a reconstructed section of an original Knockaloe hut which housed internees from 1915 to 1918, and the petition signed by around 2,000 Manx people calling for the removal of the Lieutenant Governor, Lord Raglan, because of his refusal to help those in financial difficulties due to the war.

The curator of the exhibition, Matthew Richardson, commented:

“The opening of ‘This Terrible Ordeal’ marks the culmination of nearly two years of research and planning. Throughout this work, our objective has been to allow the Manx people who lived through these momentous years to speak for themselves, through their letters, diaries and memories.

We have worked hard to try to ensure that every section of society is represented here, and so we present the experiences of men, women and even children packing parcels for soldiers. As well as those engaged in fighting, or working in munitions factories, we acknowledge that there was opposition to the war at the time, and we present the story of one of the Manx conscientious objectors who was imprisoned for refusing to enlist”.

The exhibition has drawn together material not just from the collections of Manx National Heritage but also material loaned by many private individuals, both on and off the Island, and from other museums and institutions.

“Manx National Heritage is enormously grateful to the many lenders who have supported this exhibition. The response from local people to our appeals for information, photographs and artefacts has been tremendous, and it is fair to say that we simply could not have staged this exhibition without that support”.

The exhibition runs for the whole of 2014 and is supported by a range of public lectures, workshops and other events throughout the year. Associated events include:

All tickets available from the Manx Museum shop and www.manxnationalheritage.im.

The exhibition is open Monday to Saturday, 10am to 5pm.  Admission is free.