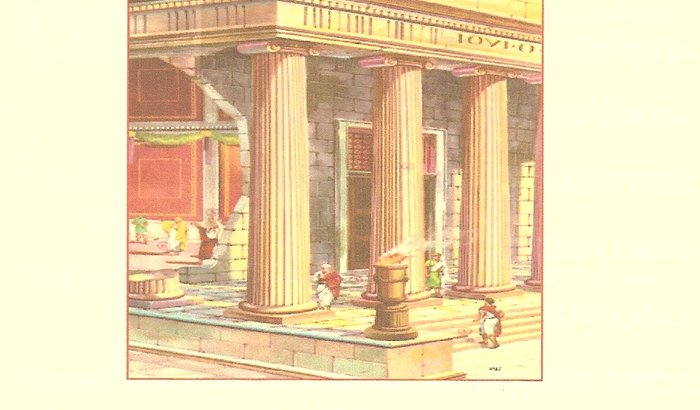 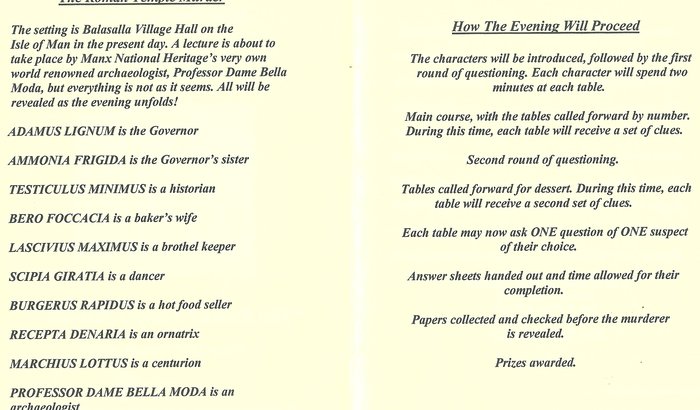 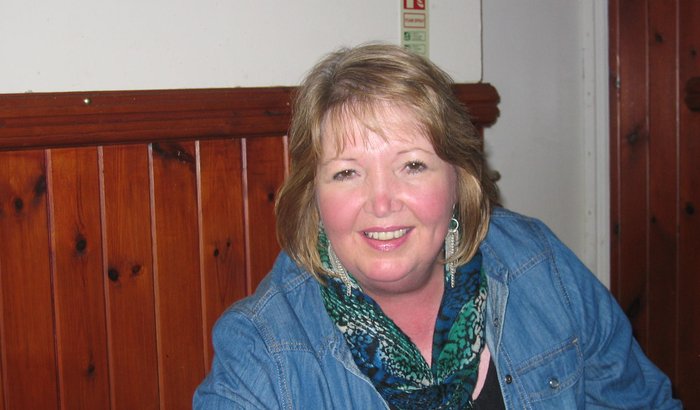 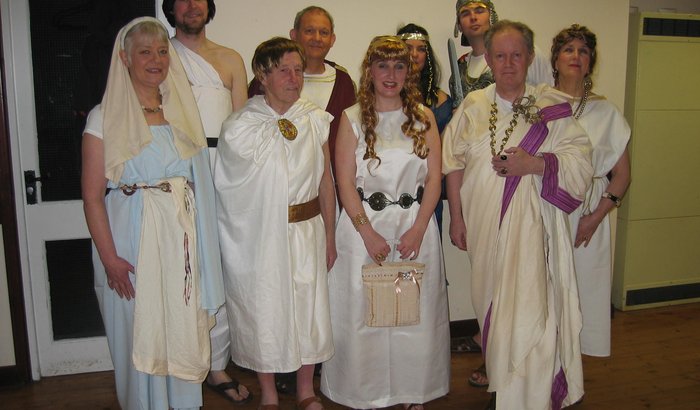 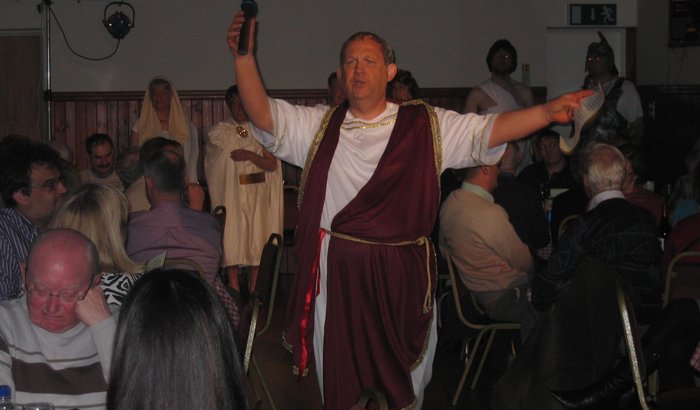 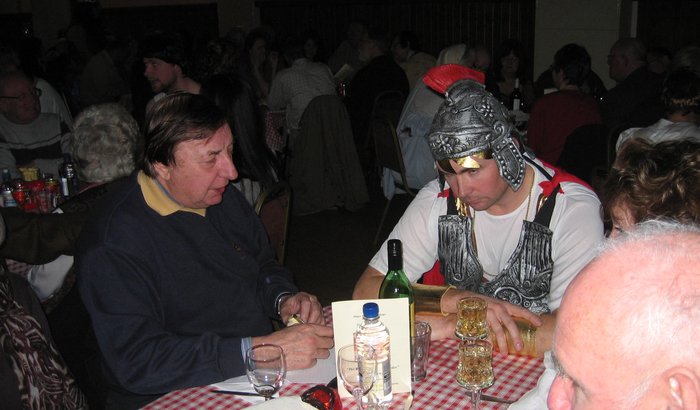 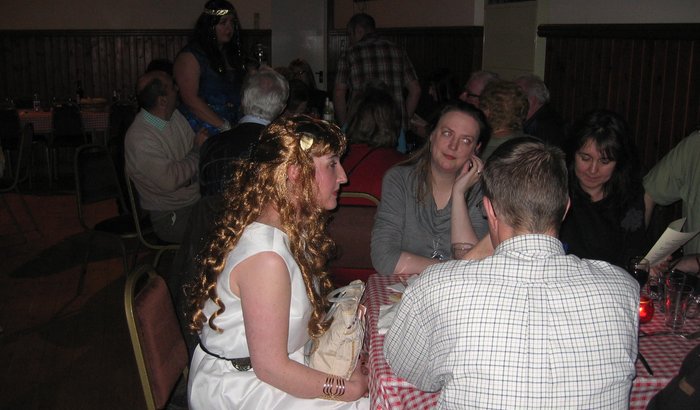 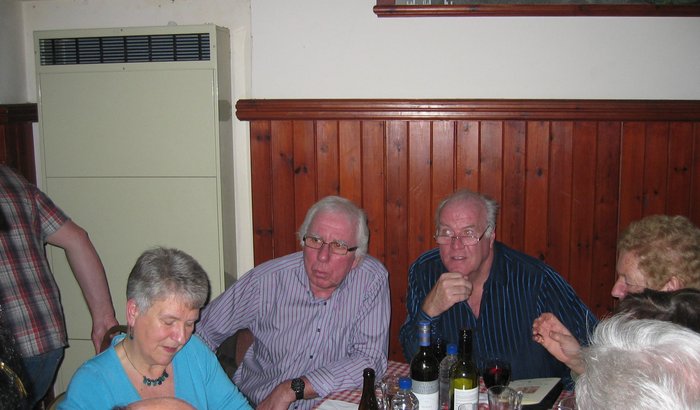 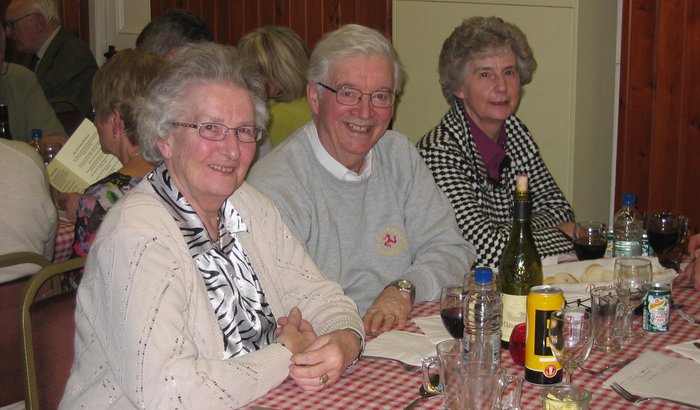 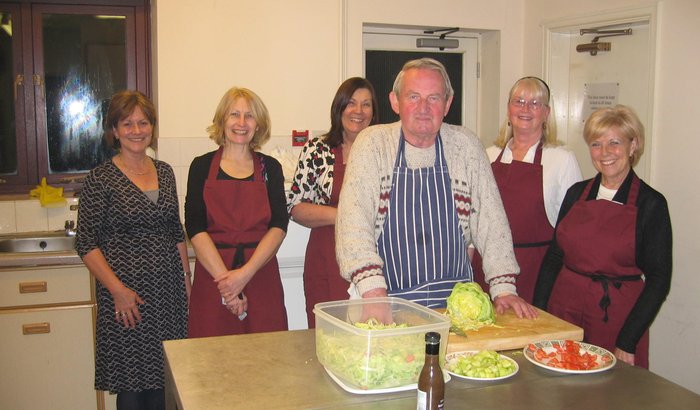 Winners of the wooden spoon!

Friends of Manx National Heritage proudly presented The Suspect Players in another evening of sleuthing, entitled "The Roman Temple Murder",directed and produced by Jane McGregor Edwards, at Ballasalla Village Hall. Clues were revealed by the cast as the evening unfolded!

Dinner was served, between the rounds of questioning, by a fantastic band of volunteers.  Fun was had by all, but the mystery remained unsolved!  Our thanks to Shoprite for the donation towards food.